In September 1959, the first group of 30 students travels to Italy by ship and the Syracuse Semester in Italy is launched.

Courses are offered not only in the more traditional study abroad disciplines, such as art history and literature, but also in contemporary Italian politics, history, and European politics and culture. 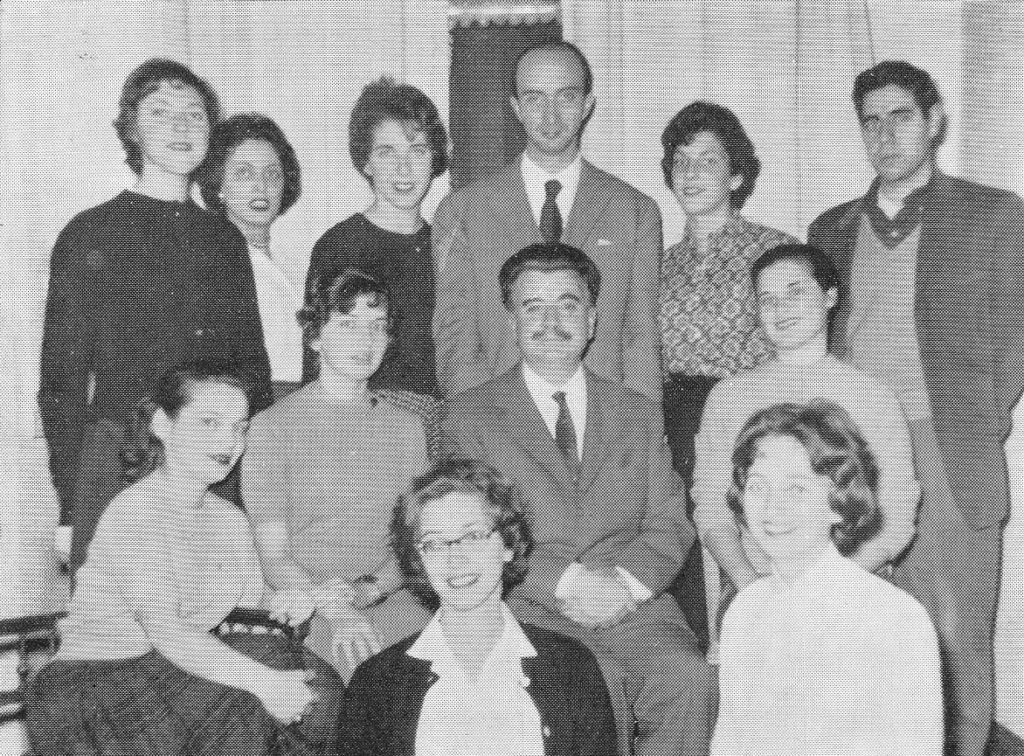 From 1959-1963 Syracuse University rents three floors of the Villa Rossa from the Gigliucci family for its classrooms and administrative offices. The youngest family member, Bona Gigliucci, remains at the villa living on the top floor. In February 1963, the University purchases the villa from the family with the agreement that Countess Bona (78 years old at the time) will continue to live on the top floor. 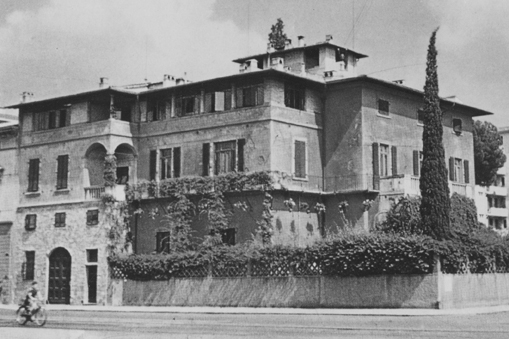 On 4 November 1966, the worst flood in Florence’s history submerges the city in up to 22 feet of water.

From the beginning, Syracuse students are engaged with their host city not only in the classroom but outside as well. At the time of the ’66 flood, students join with other Angeli del Fango (or Mud Angels) who arrive from all over Italy and Europe to take part in the arduous task of cleaning up the city and salvaging its damaged treasures.

The Syracuse University School of Architecture Florence program is created.

Those who had the honor of knowing “la Contessa,” remember her most fondly for her graceful and jovial presence, her generosity, her admiration and affection for those who came to teach and study in Florence. Throughout the twenty-two years that the Countess shared the villa with Syracuse University, she regularly descended from her apartment to meet the new students and faculty, setting a gracious tone of welcome and elegance that she sustained throughout the school years with occasional teas and meals for directors and faculty. Her cosmopolitan nobility, so characteristic of the Gigliucci, provided an inspiration to the young Americans experiencing Europe and Italy for the first time.

The library, faculty offices, and media lab move into the Villino. An opening in the wall between the two properties connects the Villa Rossa and Villino as well as the Annex and Dependance.

Syracuse Florence celebrates its 50th anniversary with the participation of Harold A. Vaughn, the first director of University College’s Office for Foreign Study Programs (predecessor to the Division of International Programs Abroad and Syracuse University Abroad). Harold was joined by his wife, former Italian language teacher for the Syracuse Semester in Italy program, Maria Pia Vaughn.

The Sustainable Food and Garden project is launched. 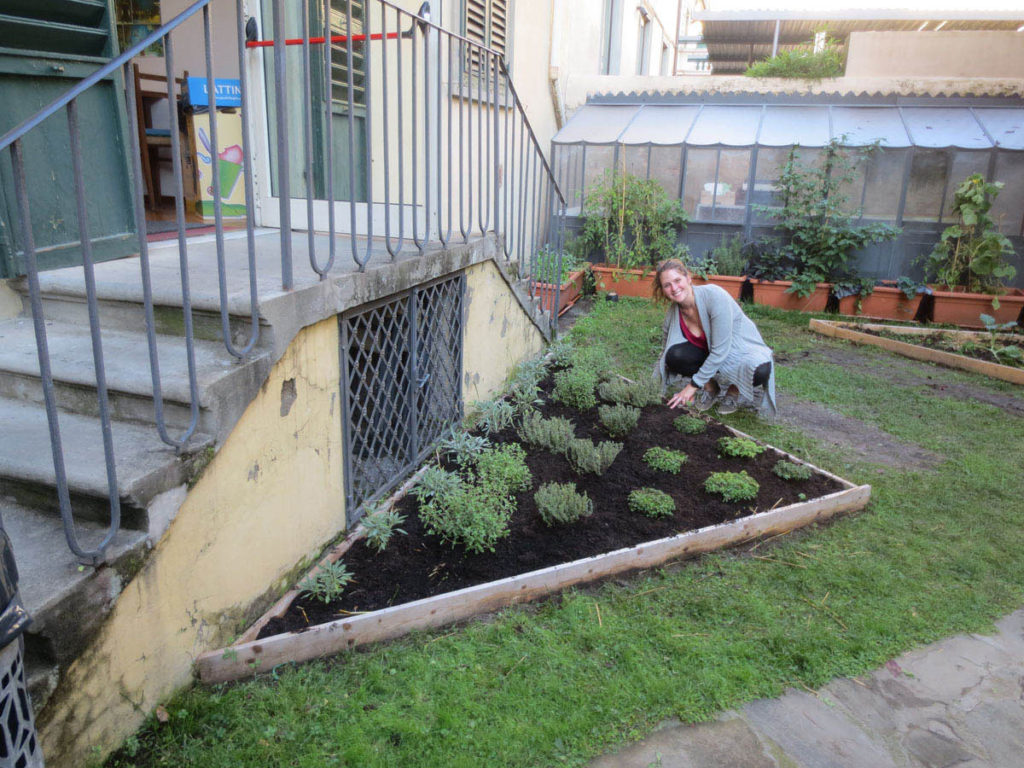 The first STEM cluster is offered, including a course in earth sciences and five courses in engineering mirroring those on the home campus and giving STEM students the opportunity to study abroad. 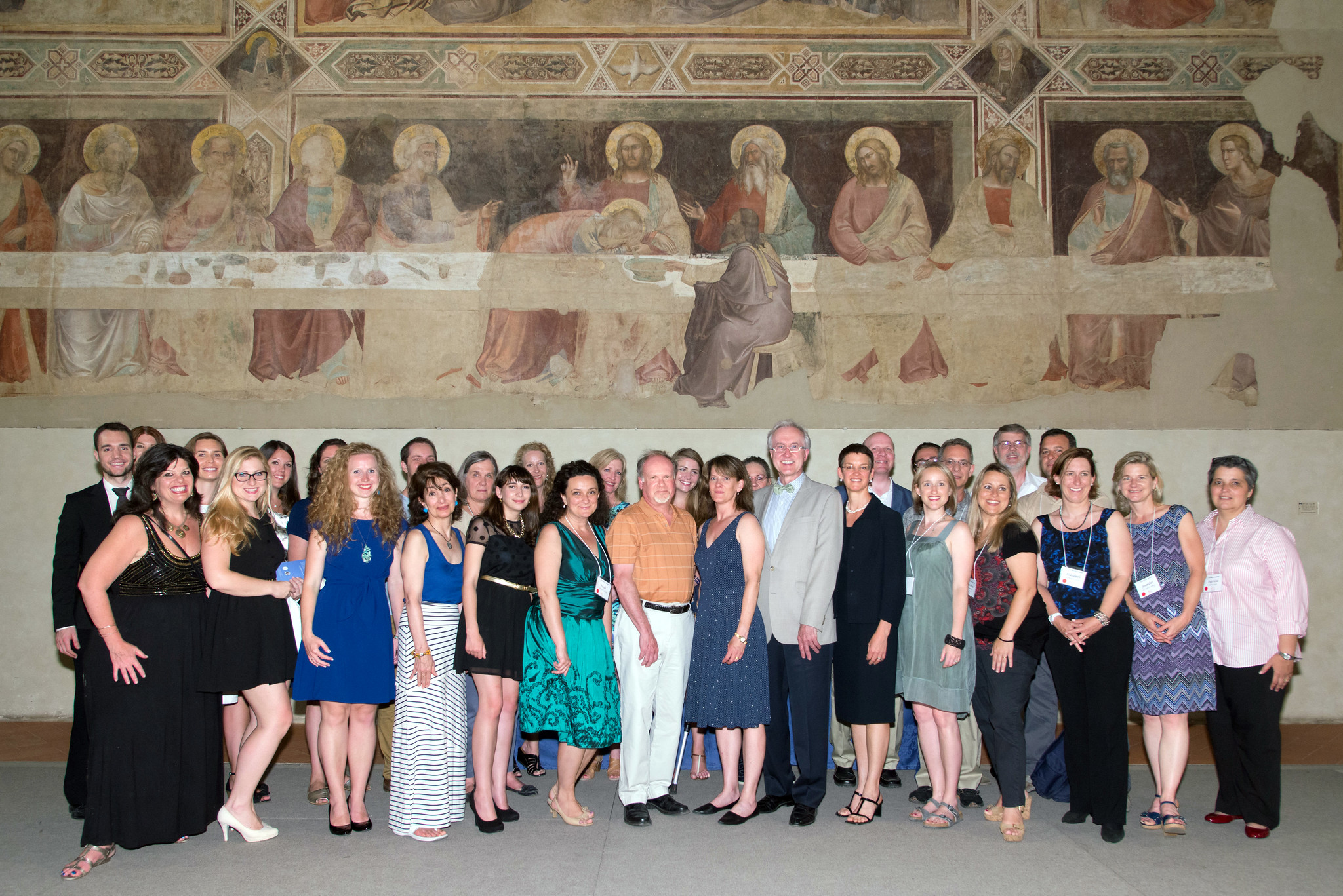 The food studies cluster is further developed with new courses in sustainable food systems; courses in design are offered for the first time; the field studies program is expanded to include all-school field trips that go beyond the usual tourist destinations.

Syracuse University Florence is chosen as the flagship program to represent SU Abr0ad in the university-wide Middle States Review process. The program’s success contributes to the University’s re-accreditation.