The Culture & Heritage stamp category contains events such as the ones detailed below: 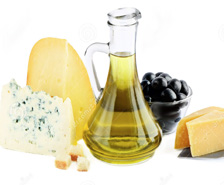 A wide variety of cheeses are made throughout the country of Spain and some of the Spanish cheeses are internationally renowned, such as the Manchego cheese of La Mancha.

At the same time, more olive oil is produced in Spain than in any other country and in recent years Spanish olive oil producers have been focusing on quality, not just quantity. Learn how to distinguish them and try some of the most important first-rate kinds. 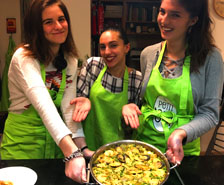 Students will participate in making popular Spanish dishes such as paella, gazpacho, tortilla de patata, and tarta de Santiago, but the best part is that you get to enjoy the home-cooking afterwards! 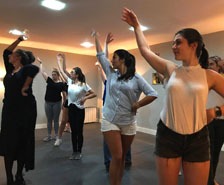 Flamenco is a type of Spanish dance music characteristic of the Andalusian gypsies and well-known all over the world.

This is your opportunity to learn how to clap and some basic steps about flamenco dance. 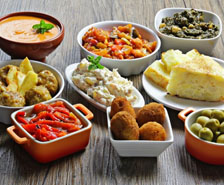 The tapas crawl route around the historical center of Madrid will bring students to a half a dozen tapas bars where they will sample the house specialty in each.

This insider’s view into Spanish gastronomy will introduce students to local delicacies ranging from croquetas to crispy chicken, salmorejo and morcilla. 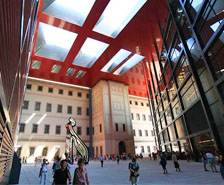 The Reina Sofía National Art Center opened its doors to the public in 1990 with a major collection of Spanish and international art covering the period between the late 19th century to the present day. Two years later Pablo Picasso’s Guernica, the museum’s main attraction, was installed!

The Thyssen Museum displays fascinating pieces dating from the Gothic and Renaissance periods right up to the works of Hopper, Bacon, and Freud. It’s not surprising that these magnificent museums attract millions visitors every year. 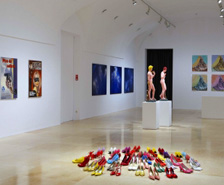 Visit some of the most important art galleries in Madrid, home to contemporary artists and enjoy XXI century art. 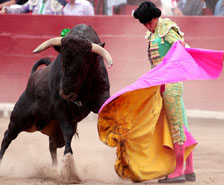 Bullfighting is a long-held Spanish tradition.

You’ll attend an information session to better understand the ritualistic aspects and symbolism of the fight, then attend a corrida de toros in Las Ventas, Madrid’s stunning Mudéjar bullring. 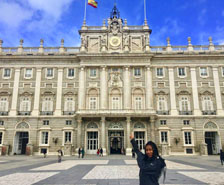 The Royal Palace of Madrid, considered one of the most impressive in Europe, is a towering structure that has over 250 years of history. It’s the official residence of the Spanish Royal Family in the city of Madrid, but it’s only used for state ceremonies.

Home to the Kings of Spain from Carlos III to Alfonso XIII, Madrid’s Royal Palace is now open to the public.

Long before Madrid became the capital of Spain, Emir Mohamed I chose Magerit (the city’s Arabic name) as the site for a fortress to protect Toledo from the advancing Christians. The building was eventually used by the Kings of Castille until finally becoming what would be known as the Antiguo Alcázar (Old Fortress) in the 14th century. Carlos I and his son Felipe II turned the building into a permanent residence for the Spanish royal family. However, in 1734 a fire burnt the Palace of the Austrias to the ground, and Felipe V ordered the construction of the palace that stands today.

Following the untimely death of Filippo Juvara, the architect originally commissioned to design the palace, it was his pupil Juan Bautista Sachetti who eventually drew up the final plans. However, it was Carlos III who became the first monarch to occupy the new building. His successors Carlos IV and Fernando VII added many decorative details and furnishings, such as clocks, items of furniture, and chandeliers.

The palace, inspired by sketches made by Bernini for the construction of the Louvre in Paris, is built in the form of a square and looks out over a large courtyard with galleries and a parade ground. The decoration of the palace’s rooms and their layout has gradually changed over the years as the building has been adapted to suit the needs of its residents.

Particularly noteworthy rooms include: the Main Staircase, designed by Sabatini with over 70 steps; the Throne Hall, featuring a ceiling painted by Tiepolo; the Hall of Halberdiers, Carlos III’s own room; Gasparini Room, with its grand 18th century decoration on a floral theme; the Royal Chemist’s, with ceramic pots made by the La Granja factory; and the Royal Chapel, which houses a collection of string instruments made by the legendary Antonio Stradivari. 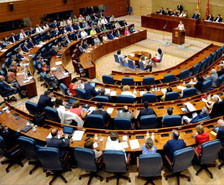 Join our political science professor on a walking tour that explores Spain’s young democracy, how it works and what its challenges are. Students will visit Madrid’s Senate, Parliament, the place where the socialist party was founded, and the monuments in Retiro Park and Atocha that pay homage to victims of terrorism.

Upon glancing at the activities calendar, you’re probably wondering what 23F-11M means. This political walking tour will answer your questions. Throughout the four initial study tours, you will explore the history of Spain. The final study tour is dedicated to the Spain of today: how its young democracy was created, how it works and what problems it encounters.

The day will begin with a short introduction on how Spain has become what it is today politically, since the death of Franco in 1975 (the era of Spanish history that we explore on the study tour to Valley of the Fallen and the Pardo palace). In only three decades, Spain changed from an authoritarian regime into a democracy fully integrated into the international community.

On February 23, 1980 (23F), Spain experienced the most dramatic threat to its transition to democracy: A group of armed soldiers stormed the Parliament (Congreso de los Diputados) with the intention of establishing a military dictatorship. If this violent assault had triumphed, the transition would have ended there. However, the King, also the head of the armed forces, firmly maintained his stance on creating a democratic Spain. The coup failed and the process of constructing a democratic state in Spain continued.

Unfortunately, Spain continues to suffer from threats like the terrorism of E.T.A. and the Islamic fundamentalists. We’ll visit Atocha, the site of an Al-Qaeda bombing of a commuter train on March 11, 2004 (11M), an attack in which 191 people died and many others were injured. We’ll pay homage to victims of terrorism at the monuments in both Atocha and in the Retiro park.

You’ll also learn how traditional European political chambers are arranged when we visit the Senate or the Parliament (depending on availability). The majority of European chambers have been arranged in the same fashion since the French Revolution in 1879. This tradition is widely practiced throughout Europe and is bound to surprise you, as it’s quite different from the U.S. system. 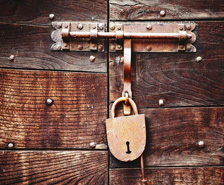 An escape room is a physical adventure game in which players are locked in a room and have to use elements of the room to solve a series of puzzles and escape within a set time limit. You are privileged to enjoy this activity.