My journey to Sydney 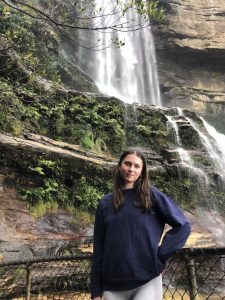 I’m Ruby, class of 2021 studying Information Management & Technology and Environment & Society. Unlike many people studying abroad, my final destination was not my first choice. In fact, it wasn’t even my second choice.

In the spring of 2019, when I began thinking about studying abroad, I deliberated for a long time on where I wanted to go. I was ahead on credits and had saved my general requirements with the intention to take them while abroad. Thus, I had the luxury, and the burden, of picking between all of the location options Syracuse had to offer. After countless visits to the abroad office, making numerous pro/con lists, multiple conversations with my parents, and extensive YouTube research, I decided to go to Hong Kong. I picked my destination by first deciding what I wanted to get out of a semester abroad. I knew I wanted to experience a country with a rich history and culture, a modern cosmopolitan city center, good food, and an easy access to the natural landscape. However, I still wanted to go abroad through a Syracuse program to have the comfort of, with luck, knowing a few classmates.

A few months later, the political unrest in Hong Kong reached a level where the Syracuse staff in Hong Kong determined that it would be unwise to send students to study there. I was heartbroken. I had spent past few months reading about Hong Kong, talking to Syracuse Hong Kong alumni, and I was getting really excited to go. I also was a little stressed out, as this cancellation left me scrambling to find a new place to go. After a few more meetings in the abroad office, and even more deliberation, I decided to go to Shanghai. I felt that going to mainland China would be the closest thing to going Hong Kong, and I still held out hope that I would be able to at least visit Hong Kong. I was able to jump back into research and build up the same enthusiasm for my new destination.

Preparing to go abroad to Shanghai took a lot more preparation, as this program would be through a third-party abroad program, called CIEE. Details such as course enrollment, flights, and housing applications took more planning and paperwork, but of course the Syracuse abroad office and my contact at CIEE helped me through the process. Soon had a whole new schedule, a place to live, a roommate, acceptance at East China Normal University, and my second visa.

However, no sooner than I got my visa in the mail, I received an email with notification that my semester in Shanghai had been cancelled as well. The COVID-19 outbreak had been slowly creeping from Wuhan toward Shanghai. (I had been growing increasingly dubious that the Shanghai program would go on as planned.) This time around, I was less crushed, as I had already gone through this once before. At this point it was already January, and if I wanted to study abroad at all, I’d have to get back to work quickly. By some miracle, the Syracuse abroad office was able to pull some last-minute strings and secure me a spot at the University of Sydney for the upcoming semester. I had about two weeks to abandon all of my plans for Shanghai and prepare to go to Australia. Like CIEE, the University of Sydney program was a World Partner, so while I had the help of the Syracuse Abroad office, I was responsible for details like finding my own housing, applying for my classes and getting credit transferred, ensuring any financial aid would carry over, and getting a Visa. After a very frenzied few weeks, I was on a plane to Australia. 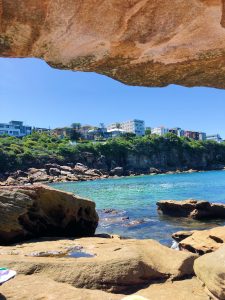 After all of this, I felt very fortunate to even be getting to go abroad. I had spent months going through the emotional ups and downs of anticipation, excitement, and disappointment. However, looking back, I would not change anything about this process; all of the stress and planning, made me value my time abroad that much more. While I could have done without filing for three separate Visas, I truly spent every day in Australia just happy to be there.

I can’t help but feel that, in some way, the cancellation of the Hong Kong and Shanghai programs led to a fateful chain of events that led me to experience life abroad in a country in which I would never have chosen to study. Through this, I learned that above all, when making plans — whether it’s before you go abroad, or while you’re there —you can’t get hung up on last minute adjustments. Especially when living and traveling in a new country, unexpected turns of events are unavoidable. You truly learn to quickly adapt, and keep an optimistic attitude. Most importantly, I learned that when studying abroad, you relinquish some degree of control of your plans. You are living in a new country, that has complex social, political, and economic on goings larger than your personal plans; to some extent, you are at the mercy of the climate in which you are entering. I believe that one of the most important things to understand before going abroad is that you are a guest in a real, dynamic country, not an idealized version of a place you see on travel blogs.

In the end, my time in Australia was cut short due to the spread of COVID-19. I was definitely disappointed to leave, but I also was thankful that I even got to experience two months in such a beautiful country. While I was initially indignant about leaving, I found that my difficulty in even going abroad, and the constant threat of being sent home gave me a silver lining: I learned to savor each day as if it were my last. Looking back, I can’t think of any two days where I did the exact same thing. I spent my last week in Australia so busy checking things off of my bucket list, I didn’t even have time to lament the early ending to my semester there. While I hope others don’t have to go through as many obstacles to even go abroad, I think the testament rings true that studying abroad is such a privilege, to not take advantage of every day would be a disservice to the opportunity. When you are living in a new country, your world is much bigger, and you are victim to unforeseeable circumstances like political unrest, or a virus. The only thing you are in control of is making the most of each day there.