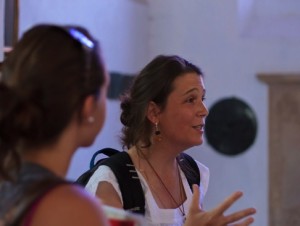 Juliet D. Golden is the Director of the Central Europe Center. With a master’s in International Affairs and a Ph.D. in International Education, Professor Juliet Golden has designed and taught innovative courses about Central Europe for more than 10 years. Her deep interest in the history of Central Europe developed through research and her journalistic work in the region. Her interests include politics of memory, the Holocaust, urban spaces and architecture as well as photography. 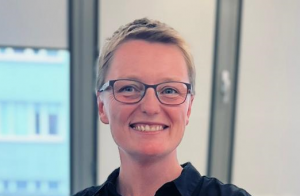 Ula Kłobuszewska is the Program Coordinator for the Syracuse Abroad Central Europe program and a director of the Project Office at the University of Lower Silesia, SU Abroad’s partner institution in Wroclaw, Poland. She has been involved in international educational and research projects at the University of Lower Silesia since 2007, coordinating international programs for study abroad students from Europe and the US.  She holds an M.A in Journalism and Social Communication from the University of Wrocław and a Ph.D. in education as a recipient of a European Union scholarship financed through the EU Social Fund. Her research interests include international education, learning and teaching of foreign languages, and globalization.

Anita Jakubik is the Student Activities Coordinator for the Syracuse Abroad Central Europe program. Anita, together with Ula, is responsible for the organization of the program in Wroclaw and for your well-being while you are in Poland. She will be on site all the time while you travel and stay in Wroclaw.

Adam J. Chmielewski is Professor Ordinarius in the Institute of Philosophy, University of Wrocław, Poland. He is also a social activist and political columnist. He studied philosophy and social sciences at the universities in Wrocław, Oxford, New York and Edinburgh. An author and translator of several books, he is the Editor-in-Chief of the Studia Philosophica Wratislaviensia, and a member of editorial boards of several Polish and international journals. In 2011, as a director of the institution of culture Wroclaw 2016, he played crucial role in winning the title of the European Capital of Culture 2016 for the city of Wroclaw, authoring the successful bid of the city for this title.

Karol Kociszewski is a professor of economics at the Wroclaw University of Economics and Business in the Department of Ecological Economics. He holds degrees in international trade as well as a Ph.D. in ecological economics. His interests include sustainable development with special consideration of agriculture and rural areas and development economics with a particular focus on transition countries. He is the author and co-author of several books and over one hundred scientific papers. His university teaching (with 20 years of experience) is focused on development economics, international protection of environment, environmental and resource economics and history of economic theory.

Zofia Kolbuszewska teaches Exploring Culture and Society in Transition: Gender, Sexuality, Ethnicity, and Disability in Poland. She holds a Ph.D. and a post-doctoral degree in American Literature from the Catholic University of Lublin, Poland, where for 20 years she also taught courses in Polish culture and film. She was a Senior Fulbright Scholar at Columbia University and a Kosciuszko Foundation Research and Teaching Fellow at SUNY, University at Buffalo, where she taught courses on Polish history, culture, and cinema. While her recent work focuses on the intersections of media and literature as well as the cultural dynamics of failure in all its social dimensions, she has also written and taught courses on contemporary gothic, cultural ramifications of melancholy, and contemporary forensic imagination.

Lotar Rasiński is a professor of philosophy at the University of Lower Silesia. He will teach the new course Art, Social Action and the City, in which students investigate the generative powers of cities to be transformed into sites of democratic struggle and engagement. He also co-teaches with Adam Chmielewski, Discord and Unity: Engaging Contemporary World through Ethics and Philosophy, a unique exploration of how philosophy can help us understand and engage in thinking through some of the fundamental dilemmas of our times. For his latest book entitled, In the Footsteps of Marx and Wittgenstein. Social Criticism without Critical Theory (2012, in Polish) he was awarded the top academic honor by the Prime Minister of Poland (2014). He specializes in contemporary political philosophy, philosophy of language, and critical theory.

Łukasz Rogoziński is a Polish language teacher of two courses Polish 101and Survival Polish. He holds an MA in Polish Philology and has taught courses about Polish as a foreign language since 2007. He is author and co-author of several papers in phonetics and corpus linguistics as well as a member of the editorial board of peer-reviewed journal Baltica ~ Silesia. He is currently preparing his Ph.D. dissertation on the articulation of Polish language sounds by the Latvians.